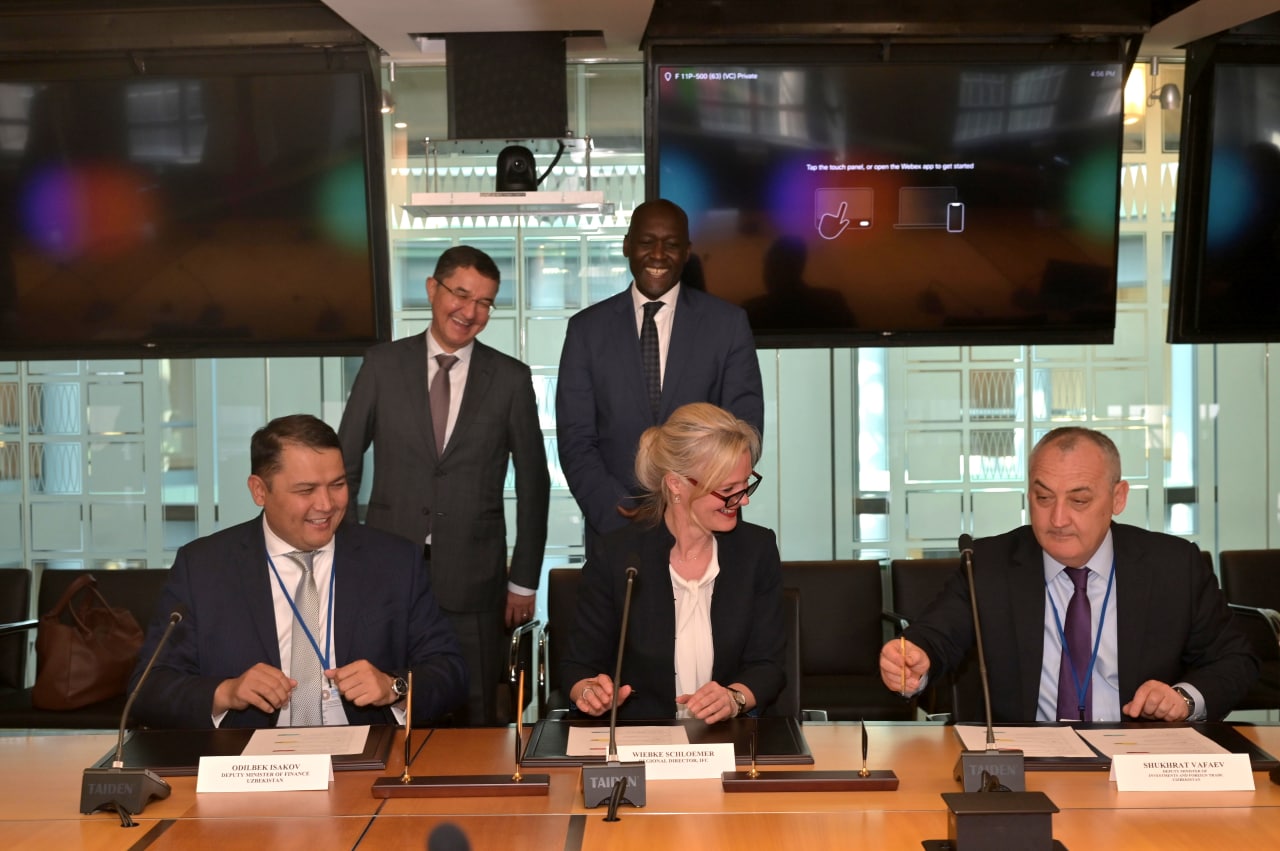 IFC has signed a Transaction Advisory Service Agreement to support Uzbekistan in construction of 500 MW wind power plants. This agreement will help the country transition towards clean energy and meet a growing demand for electricity.

IFC will advise Uzbekistan as it structures a public-private partnership (PPP) to mobilize private sector experience and capital to construct and operate up to 500 megawatts wind power plants across Uzbekistan.

The project will contribute to Uzbekistan’s target of generating 25 percent of its electricity from renewable sources by 2026.

It should be noted that the Republic of Uzbekistan also cooperates with the European Bank for Reconstruction and Development (EBRD) to develop wind energy. On December 17, 2021, project agreements were signed with “ACWA Power” of Saudi Arabia, the winner of the tender for the construction of a 100 MW wind power plant in Karauzak district of the Republic of Karakalpakstan on the basis of PPP as part of 1000 MW Wind Cooperation Program with EBRD.

Wind is one of the world’s fastest-growing and affordable sources of new power generation, with over 743 gigawatts of installed capacity. Uzbekistan has set a goal of developing five gigawatts of solar and three gigawatts of wind capacity by 2026.

Hela Cheikhrouhou, IFC’s Regional Vice President for the Middle East, Central Asia, Turkey, Afghanistan, and Pakistan, said: “Reliable and affordable, renewable energy is crucial for Uzbekistan’s future. It can be an engine of economic growth, while countering the looming threat of climate change.”

IFC has been advising the government of Uzbekistan on attracting private investments in the energy sector since 2018. Supporting renewable energy projects and opening the sector to private investments is a pillar of IFC’s work in Uzbekistan and the Central Asia region. The project is one of several competitive tenders in the energy sector being implemented by the government of Uzbekistan in partnership with IFC.

For information: IFC helped tender out and finance a privately developed 100-megawatt solar power plant in the Navoi region that produces enough electricity to power more than 30,000 households;

Also, with the support of the IFC, tenders for 3 more PPP projects are underway. These are: