TO THE ATTENTION OF ENTREPRENEURS AND INVESTORS!

The decree and the command provide for the attraction of private investment in the work of the organization of the construction and use of infrastructural objects in order to timely provide for the growing needs of higher education institutions.

The Law of the Republic of Uzbekistan “On Public-Private Partnership” No. ZRU-537 dated May 10, 2019 and the Resolution of the Cabinet of Ministers of the Republic of Uzbekistan “On improving the implementation of public-private partnership projects” in 2020 in accordance with decision No. 259 dated April 26 concept of this project was approved by the Institute on April 5, 2022.

Within the framework of the project, it is planned to provide students of the National University of Uzbekistan with modern and comfortable housing.

Requests and proposals for interested parties to express interest in the implementation of this project are scheduled for 24 of May, 2022 in Tashkent time 18:00 must submit up to.

Requests and tenders (proposals) for interest are accepted at the following addresses:

In accordance with Article 17 of the law” On civil servants”, in case of receipt of a request for interest and tenders (proposals), the Ministry of Higher Education will conduct a tender to identify a private partner with the participation of a private initiator and third parties interested in the project. 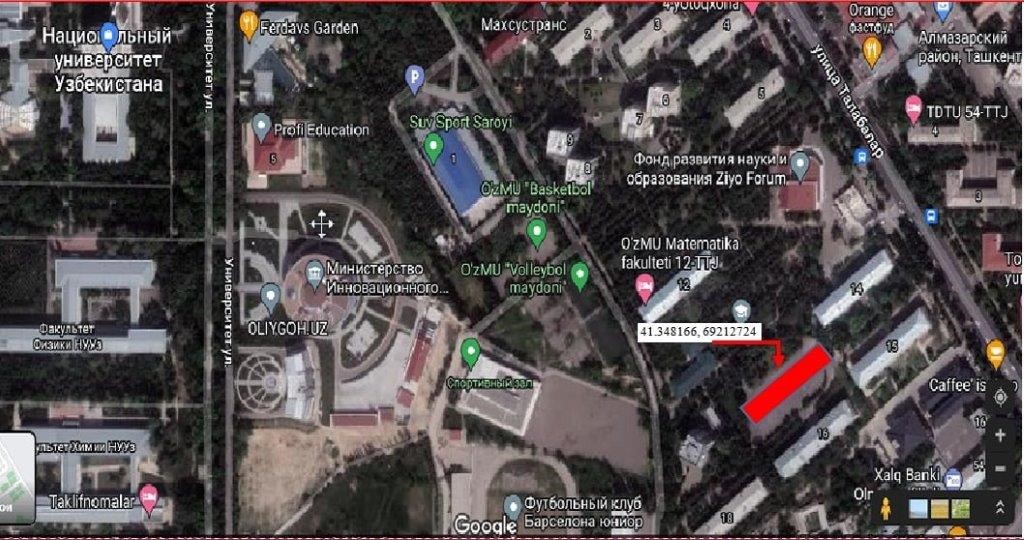