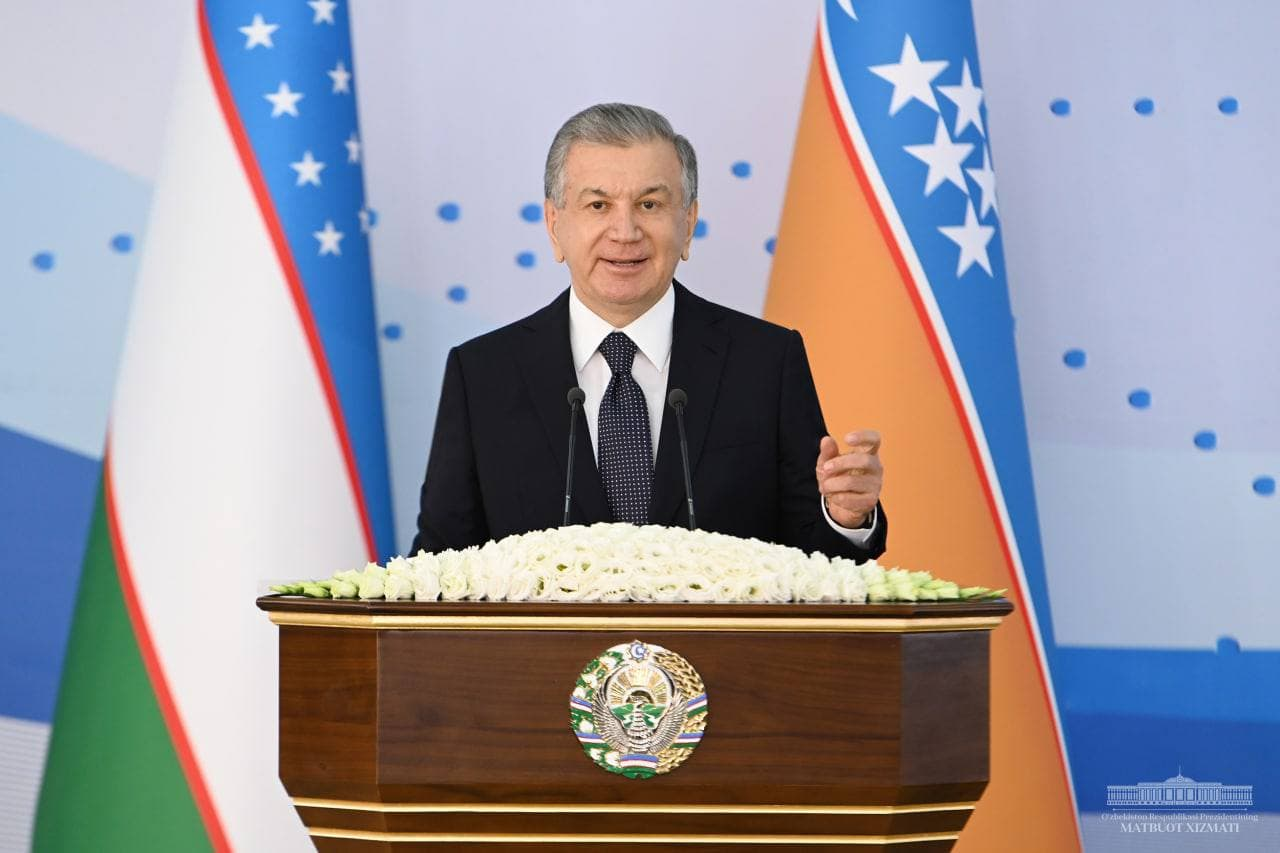 On 24 February, President of Uzbekistan Shavkat Mirziyoyev arrived in Beruni district of the Republic of Karakalpakstan.

The construction of a wind farm is planned here in cooperation with the Saudi company ACWA Power. The ceremony of laying the first stone of this complex has taken place. “Karakalpakstan has hardworking people, rich land. Now the winds of this region will benefit the economy. If we say that we are going to build large enterprises, our partners will first ask: “Do you have energy, roads, infrastructure?” Therefore, the construction of a wind farm with a capacity of 100 megawatts will become additional support for the region’s economy”, Shavkat Mirziyoyev said.

The only power plant in Karakalpakstan – Takhiatash thermal power plant – was built 65 years ago and could not meet the needs of the region. Therefore, the station was modernized for US$680 million, additional capacities of 560 megawatts were introduced.

Today, the construction of a new, environmentally friendly power plant begins. The project with an annual capacity of 360 million kilowatt-hours will be financed by foreign direct investment for US$108 million.

When the project is launched, it will be possible to provide electricity to 110,000 households. This will save 106 million cubic meters of natural gas per year.

“We have set ourselves great goals for the socio-economic development of Karakalpakstan based on the principle “In the name of human honor and dignity”.

In the next five years, it is planned to create 2.5 thousand new enterprises and almost double the volume of industrial production. Renewable energy sources are a powerful impetus for this. Our children and future generations will benefit from this”, the President said.

ACWA Power from Saudi Arabia has won an international tender with about 20 bidders, announced with the technical assistance of the European Bank for Reconstruction and Development. The company offered the lowest tariff – 2.56 cents per 1 kilowatt-hour of electricity produced under a public-private partnership.

It is also important that thousands of Karakalpak young people will take part in the construction of the station. After the launch, 100 qualified engineering and technical workers will be provided with highly paid jobs.

The project envisages the installation of 25 windmills, the construction of a 20-kilometer power transmission line with a capacity of 220 kilowatts, which will be fully integrated into the country’s energy system.

The President emphasized the need for paying special attention to the localization of the components required for the project. For example, at the Takhiatosh Metal Construction plant, it is possible to set up the production of supporting structures, at the Nukus Elektr Apparat – transformers and electrical equipment, and at other enterprises – cables and dozens of other types of products.

It was noted that the potential of wind energy in Karakalpakstan is enormous.

“This project, launched in the Aral Sea region, declared the Zone of Ecological Innovations and Technologies, is the first step in the production of green energy. In the next five years, three wind farms with a capacity of about 1,800 megawatts will be put into operation in the region”, the Head of the state said.

President Shavkat Mirziyoyev laid a capsule at the foundation stone of the station.

The ceremony was attended by ACWA Power Chairman Mohammad Abdullah Abunayyan, industry experts and members of the public.

Many projects to increase electricity generation are being implemented in the country. Last year, the first solar photovoltaic station was put into operation in Karmana district of Navoi region. The construction of a similar station began in Sherabad district of Surkhandarya region.

In general, 10 solar and wind power plants with a total capacity of 2,900 megawatts are being built at the expense of foreign investments worth US$3 billion.